The much-anticipated Big Deal Concert that will be headlined by top reggae and dancehall artiste Chris Martin who jetted into the country yesterday accompanied by top dancehall artistes; D Major and Future Fambo have been moved to the Impala Grounds, Ngong Road. 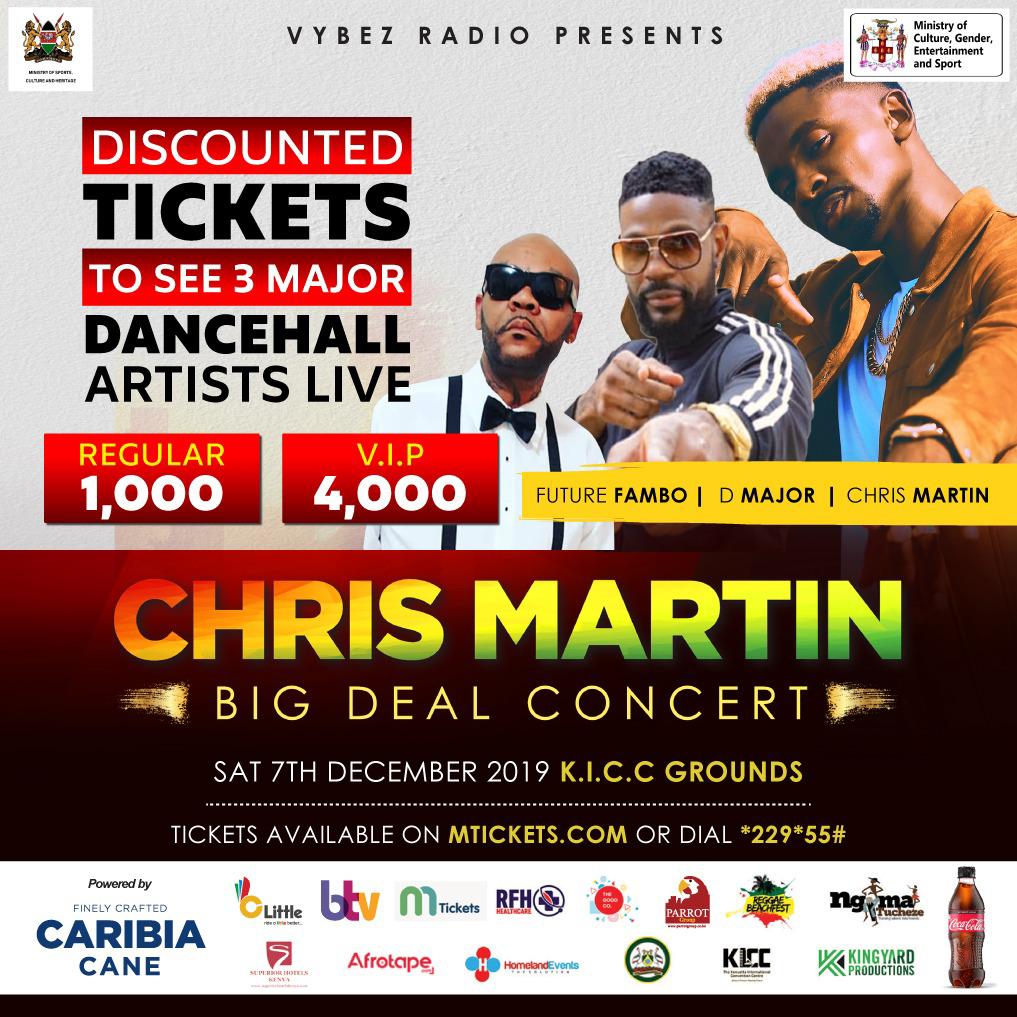 Speaking on the latest development the event organizers said, “Following the unpredictable weather and rains that have rocked the city, we have decided to change the venue to Impala Grounds. We apologise for any inconvenience caused and promise the fans a great experience featuring the best of international and local music, food and lifestyle – #NobodyCanStopReggae.”

The Big Deal concert is a collaboration endorsed, as a result of the MOU signed between the Ministry of Culture, Gender Entertainment and Sports of Jamaica during H.E President Uhuru Kenyatta’s state visit early this year encouraging the participation of our cultural and creative practitioners in festivals in the two countries. The partnership seeks to enhance strong cultural links between Kenya and Jamaica.

The concert is set to be the biggest reggae concert in the 254 and fans have been promised an out of this world experience.