Executive luxury bus shuttle, Impala this week announced that they had partnered with Kenya Comfort Hotel Suites to offer their services to travelers to Arusha from Nairobi and back.

The deal will see Impala Shuttles and Kenya Comfort Hotel Suites come together to offer an easy and convenience booking, pick up and drop off at either of the hotels city locations.

The luxury shuttle which was founded almost two decades had previously been operating from Silver Spring Hotel said the new locations at the Junction of Jakaya Kikwete and Ralph Bunche Road in the bustling Milimani Suburb of Nairobi and City Centre is an ideal location.

According to Stephanie Gerard, Hotel reservations and shuttle service Manager, they decided to partner with Kenya Comfort Hotel Suites because they wanted the travelers to have a place to relax before they boarded the shuttles to travel.

“We want the travelers to come here and relax and have some soft drinks or have a bite before they embark on their journey,” said Ms Gerard.

The shuttle bus cross Namanga or Loitokitok border between Kenya and Tanzania. Tourist business people or families planning to travel from Kenya to Tanzania or vice versa, this would be a comfortable luxury timely and safe way to travel. 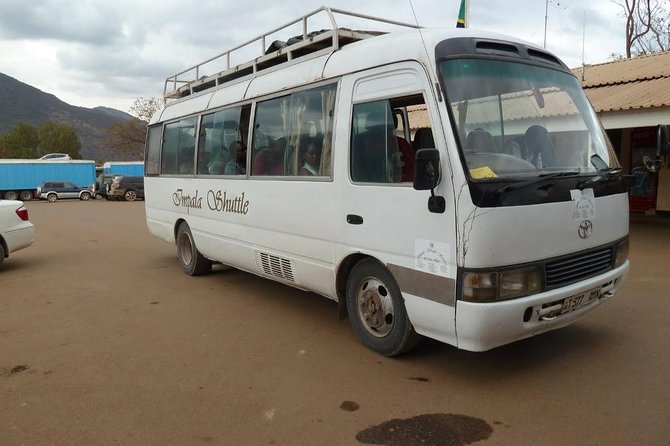 The tour shuttles from Arusha which are now a preferred mode of transport between the two regional cities carry different people which include tourists, business travellers, traders and officials working for different regional bodies.

The shuttles are 23 to 29 seat coaster buses that travel from Central Nairobi to Arusha town and then off to Moshi Town which is nestled against Kilimanjaro. Arriving at JKIA Nairobi can also head from Nairobi airport to Arusha Moshi or Marangu with a shuttle bus.