Founder and CEO of NRG Radio, Kevin Mulei , is set to join the class of an elite few exemplary individuals, after he was crowned the winner of The African Entertainment Promoter for the year 2019.

The Achievers award, which is in its 8th year, has been previously won by a select group of individuals such as former President Kenneth Kaunda of Zambia; Former First Lady of The Gambia, Lady Zeinab Suma Jammeh;  Mrs Fatou Bensouda, the Chief Prosecutor of the International Criminal Court among others.

“It is very humbling and such a great honour. To the youth – the virtue of being reality-based, authentic, process-oriented, hardworking, well-read, humble with a winning attitude, are evident to achieving success in anything under any circumstance,” he stated

The awardees are picked from a pool of extra-ordinary men and women, who while in pursuit of their business and services to humanity, have distinguished themselves in various fields of human endeavour across the Africa continent.

Mulei also attributed his success to his unequivocal faith, coupled with his innovative & highly creative team.

The latest accolade bestowed upon one of Africa’s greatest entrepreneurs is unique, as it’s the first time the event will be held in Africa, with the classy presentation gala slated for August 16, 2019, in Nairobi, Kenya. 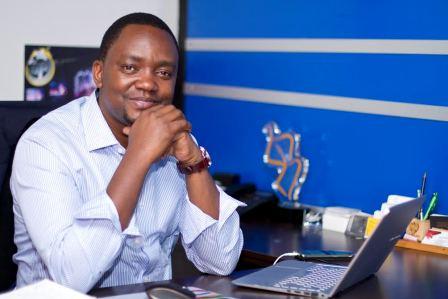 His is a tale of resilience and pure grit, having started MoSound Group (MSG) from the ground up, going on to grow it into one of the most recognizable brands across the globe.

The energetic 37-year-old is also set to be inducted into the hall of fame of the Voice Achievers Award 2019.

A visionary, Mulei’s MSG now holds over 12 companies across Kenya, Rwanda, Tanzania, going on to reveal that plans are underway to expand the company’s footprint across Africa to 20 more countries.