After spending 7 years at Homeboyz Radio (HBR) Sheila Kwamboka has exited the stable.

Kwambokz made this announcement in a post that read, “After 7 years co-hosting afternoon drive show on @HomeboyzRadio, today is my last show on the station. I will miss all my listeners, colleagues, my co-hosts who made it all worth it@mikewachira@MrKerryMartinand most importantly @JohnHBR for the opportunity. I am fully grateful”

As expected, her departure has been met with sadness by fans of the show. 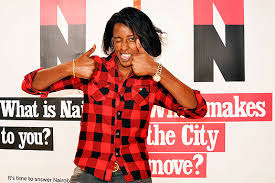